Revenge is Sweet in the Trailer for Paul Verhoeven’s Elle 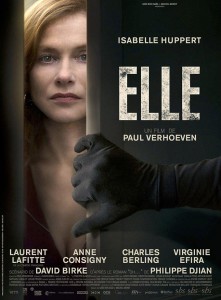 If modern revenge films have taught us anything, it’s that women are not to be messed with. The increase in female-driven revenge flicks has recently gone through the roof; from the remake and further franchise I Spit on Your Grave, the indie gem Julia and to the Korean thriller Pieta, females in film are constantly proving they will take no sh*t!

The time of the weak woman is well and truly up and Paul Verhoeven’s (Basic Instinct, Hollow Man) addition to the revenge flick comes with Elle; a story centring on a woman drawn in to a deadly cat-and-mouse game after being attacked.

Synopsis:
Michele (Isabelle Huppert), head of a successful video game company, she brings the same ruthless attitude to her love life as to business. Being attacked in her home by an unknown assailant changes Michele’s life forever. When she resolutely tracks the man down, they are both drawn into a curious and thrilling game that may, at any moment, spiral out of control.

Check out the French trailer for the film below – even though you’d benefit from understanding the dialogue, you’ll get the gist even if you don’t. With Paul Verhoeven behind the camera you’ll be unsurprised to see that the film looks almost as racy as it does thrilling.

Elle has a release date slated for 2016; for those of you in France, you can catch it on 21st September.