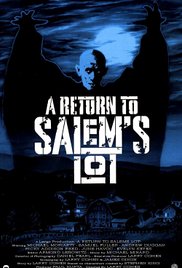 Tobe Hooper, Stephen King and screenwriter Paul Monash’s 1979 TV movie/ adaptation of Salem’s Lot is a widely revered near-masterpiece featuring some of the most terrifying depictions of vampires ever committed to screen. Sadly its belated 1987 follow-up is, for the most part, a repugnant fright-free farce: an anarchic cine-glob of crap acting, amateur plotting and pantomime/pound shop effects. None of the hair-raising scares that adorned the original are present in its sequel. Neither do any of the former cast/characters return, despite the deceptively placed Nosferatu-like Mr Barlow (Reggie Nalder) appearing on ARTSL’s cover, flaunting his wing span like a horny pigeon in that classic vampire bat pose. Yet A Return to Salem’s Lot is, bewilderingly, sometimes amusing and vivacious thanks to exuberant gore blasts and playful direction by Larry Cohen. This, when combined with a winning lead performance from Michael Moriarty, makes ARTSL just about bearable.

An inappropriate, strangely hypnotic, multi-coloured opening credits sequence incorporates melting lava lamp like globs which bob across the screen before melding into fire. This leads into a bloody tribal sacrifice/fertility ritual intro in which anthropologist Joe, a “cold blooded son of a bitch” is seen filming in the jungle. Joe is then swiftly summoned back to the US by his ex-wife Sally, played by Elm Street 2’s Ronee Blakley, who informs him that their estranged teen son Jeremy has contracted an illness. Joe begrudgingly takes Jeremy to Salem’s Lot for a bout of father/son bonding/R&R and the two move in to his late aunt’s house. After several scenes featuring J&J swearing at each other and smoking, they become enmeshed in a colossal tête-à-tête with Salem’s furtive vampire community which swiftly leads to blood-shed, kidnap, unholy sacrifices and (thankfully) no more mawkish bonding.

Despite being unfathomably shoddy in terms of plot progression, supporting performances, character development and effective horror per se, A Return to Salem’s Lot remains partially endearing due to the inherently clumsy nature of its execution and design. Because of this, ARTSL is rarely dreary or agonising to endure like a great deal of horror follow ups. Cohen’s exuberance takes the form of inappropriately anarchic characters and gesticulations which also adorn his other films; The Stuff, The Ambulance, Wicked Stepmother and Q: The Winged Serpent but applied to what should be a creepy vampire feature, his style seems sometimes inappropriate, especially when conjuring scares. This tonal shift feels similar to The Texas Chainsaw Massacre 2 in comparison to the first. But while the lighter comic style worked in part for Chainsaw 2, suspense, scenes and drama are here handled with flunky finesse by Cohen, sadly resulting in a lack of atmosphere and no frights whatsoever. 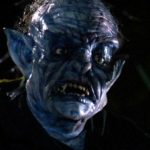 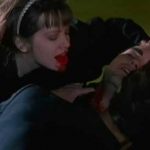 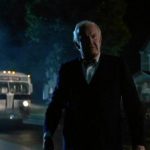 Bloodsuckers surface almost immediately after Joe and Jeremy’s arrival and not in a mysterious, shadowy manner. Rubber masked vamps attack a car of punk kids passing through while child bloodsuckers maul a couple of drunks by a forest campfire. Sex, death, blood jets and an amusing lake side rock bludgeoning unfurl awkwardly along with a wafer thin plot. A trying, chipper score by Michael Minard (Tales of the Unexpected) colours character back-stories/ exposition segments before bleeding into Goblinesque synth stabs through chase/suspense and kill scenes. The supporting cast (Including Tara Reid in her screen debut) are mostly by-the-numbers bar Cohen muse Moriarty who has appeared in several of the director’s features including Q: The Winged Serpent, The Stuff and his Masters of Horror episode Pick Me Up. Moriarty’s characters in Cohen films are all abhorrent schmucks but with loveable nuances and are refreshingly unconventional protagonists; illustrated in ARTSL when Joe is seen punching a colleague and hurling abuse at his son.

Once Joe stumbles upon the secret community of blood suckers, led by chief vamp Judge Axel, he is commissioned by the quango to write a bloodsucker bible. The third act sees a Van Helsing like Nazi hunter called Dr. Van Meer (played by film-maker Samuel Fuller) arrive in the town to track down a war criminal but is enlightened by Joe who reveals the true nature of the man Van Meer is trying to locate. Joe and Van Meer then embark on a day-time steak off in which the two do battle with basement dwelling, jugular gouging brides: cracking open coffins to plunge hunks of spiked wood through vampires’ hearts in their quest for a sufficient finale. 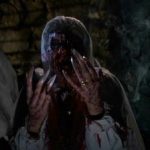 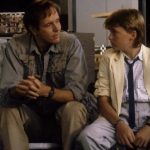 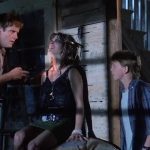 ARTSL partly gets by on youthful enthusiasm for most of the duration, yet while lending a spirited air, this vigour still amounts to nothing more than an undeniably shoddy, schlock encrusted follow-up where brief nudity and gore abundance attempt to compensate for the lack of character development, frights and suspense. A Return to Salem’s Lot culminates as it begins, as nothing more than a botched and patchy cash-in that’s sometimes amusing but mostly resounds as an inebriated trample across consecrated ground, which may appeal to stoned teenagers, drunk grown men and younger horror fans for unintentional comedy purposes, but no one else. Despite being peculiarly colourful, ARTSL is a sequel by name and setting only and should not be taken as canon or watched by anyone with high expectations.