First revealed by Entertainment Weekly, this set of first-look images from Netflix’s live-action Resident Evil series welcomes us to Raccoon City and teases some of the monsters we’ll soon meet! 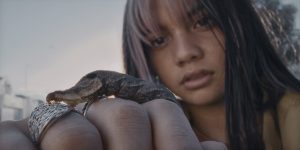 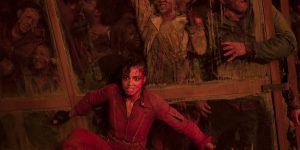 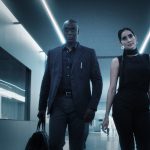 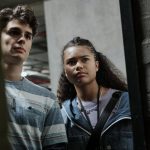 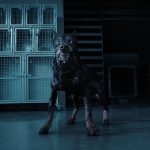 Set in 2036, 14 years after a deadly virus caused a global apocalypse, Resident Evil follows Jade Wesker (Ella Balinska), who must fight for survival in a world overrun by infected and insane creatures. In this absolute carnage, Jade is haunted by her past in New Raccoon City, by her father’s chilling connections to the Umbrella Corporation, but mostly by what happened to her sister, Billie.

Showrunner Andrew Dabb tells EW that the eight-episode series feels like it took “all the games and shuffled them together.” He also notes that the writers’ room treated the games more like the backstory from which they could tell a brand new story.