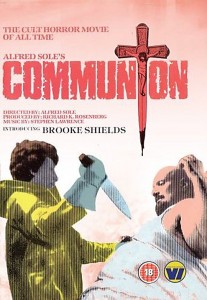 Despite becoming a cult hit on VHS here in the UK (under the title Communion), 1976 slasher gem Alice, Sweet Alice languished in relative obscurity for many years, never really receiving the love it deserved. This was largely due to lousy distribution and various legal troubles, and although the long-hinted-at remake has suffered stalling problems of its own, it seems it may finally be on the way.

“We’ve had a series of stop and go experiences mounting the remake,” says filmmaker (and cousin of original director Albert Sole) Dante Tomaselli, who was set to start filming back in 2013. “First, Alfred’s ex-agent was confident she had funding but, ultimately, she didn’t. Then Kathryn Morris was going to serve as Executive Producer, but she couldn’t raise the funds. She did try. That was it.”

Things look to be moving along now however, as Tomaselli explains: “For a while it was just a concept, and there was no script. But, recently, Michael Gingold and I wrote a scary slasher screenplay, honoring the original film’s flavor. At this moment, I do have solid prospects from European production companies and producers that contacted me out of the blue, knowing that, through my cousin, I own the rights to the remake.” 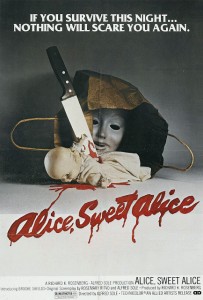 Here is the updated synopsis for the remake, which doesn’t sound to be straying too far from the original’s narrative:
This re-imagining of the 1976 cult classic focuses on Alice, a 12-year-old girl consumed with jealousy of her “perfect” younger sister Karen. When Karen is killed on the day of her first Communion, suspicion falls on Alice. Their mother, Catherine, struggles with the loss of one daughter and the potential guilt of another, and their community becomes overtaken by fear. As more people around Alice are savagely attacked and slain, the mystery deepens: Is this young girl responsible, or is someone else indulging a twisted obsession with murder?