Relentlessly Frightening Trailer for Incident in a Ghost Land 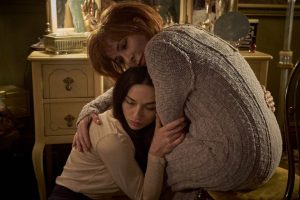 With the hard-hitting Martyrs and the supernatural spook-fest The Tall Man to his name, the French director Pascal Laugier is one of the best in the business. We are excited to share with you the new trailer for his English-language feature Incident in a Ghost Land and, which looks relentlessly frightening.

The film follows a woman who must defend her children from intruders on the first night they spend in their new home. Cut to sixteen years later and the girls revisit the house and strange occurrences make the past come back to haunt them.

We love the look of the trailer and the non-stop scares it focuses on. It looks like a complex tale of terror and one that could be one of the best of 2018.

Incident in a Ghost Land stars Crystal Reed, Taylor Hickson, Emilia Hones, Rob Archer and Anastasia Phillips and will be released in the USA on 22nd June. Hopefully it will head to the UK soon.