Studios seem to be enjoying the game of reshuffling the releases of major genre films of late, and the latest to be bumped back is long-awaited sequel Pacific Rim: Uprising. Originally slated to appear on 23rd February, the film has mercifully only been pushed back by a month, to a new date of March 23rd, 2018. 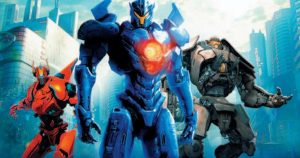 Here’s the synopsis:
It’s been ten years since The Battle of the Breach and the oceans are still, but restless. Vindicated by the victory at the Breach, the Jaeger program has evolved into the most powerful global defense force in human history. The PPDC now calls upon the best and brightest to rise up and become the next generation of heroes.

Hopefully this will be the only delay for Pacific Rim: Uprising. None of us need another Dark Tower fiasco.