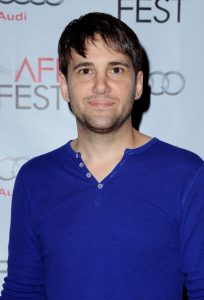 A24 has set a release date for It Follows director, David Robert Mitchell’s, next feature. Titled Under the Silver Lake, the film will be released in select cinemas in LA and New York on 22nd June before releasing nationwide.

It Follows was a chilling and sinister ride with a great performance by Maika Monroe, plus an excellent score from Disasterpiece. It was unique and unpredictable, but had plenty of nods to ‘80s horror which helped us adore it even more.

Disasterpiece are also behind the score of Under the Silver Lake which will star Riley Keough, Topher Grace and Andrew Garfield. It doesn’t sound like it’s going to be a horror, but the film will follow a man who becomes obsessed with a murder and a kidnapping.

We’re sure it will have frights of some kind, even if they’re not quite the same as a menacing entity that stalks you until you pass it on to someone else.