Reid Scott in Talks to Star in Venom 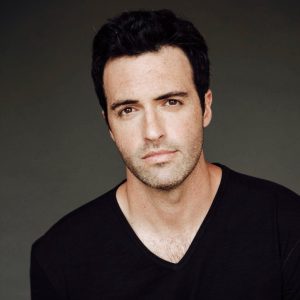 We’re very excited about the upcoming wave – OK, it’s more of a drizzle – of superhero horror movies with The New Mutants and Venom and we hope you are, too. The Venom film is steadily increasing its cast and Reid Scott (The Veil, Veep) is now in talks to star. It has not been confirmed what the role is, but we’re sure that this will be confirmed soon.

Despite Venom’s contact with Spider-Man in the comics and previous adaptations of the story, Spider-Man will not feature in this version. Spider-Man must have enough on his plate with his own standalone films and joining the Avengers.

Scott will join the cast that already stars Tom Hardy as Venom AKA Eddie Brock, Riz Ahmed, Michelle Williams and Jenny Slate. Venom will be directed by Zombieland’s Ruben Fleischer, who directs a script written by Kelly Marcel – who is always writing the upcoming Cruella, The 5th Wave’s Jeff Pinker and Scott Rosenberg (Con Air, High Fidelity, Jumanji: Welcome to the Jungle).