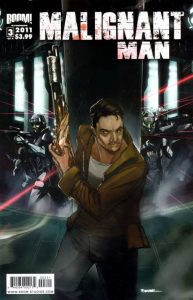 Rebecca Thomas, who has directed an episode of Stranger Things, as well as the indie drama Electrick Children, has been announced as the director of Malignant.

Malignant is based on the Boom! Studios comic Malignant Man, and will follow Alex Gates, a man imbued with incredible powers. After being tasked with fighting a secret army, Malignant Man’s own secrets begin to make themselves known.

Malignant will be produced under James Wan’s Atomic Monster banner and the script has been written by Zak Olkewicz; a co-producer of Lights Out.