In the skin-crawling concept for Replace, a young woman (Rebecca Forsythe) discovers she can stay beautiful by replacing her skin with the skin of others. It sounds like a modern – and significantly creepier – twist on The Picture of Dorian Gray, where a young man sells his soul to stay young.

The images show Forsythe searching for her next “victims” and, for now, she seems to be targeting the already deceased. However, we probably expect her obsession to take her to those that are living, because surely, their skin would be even better. 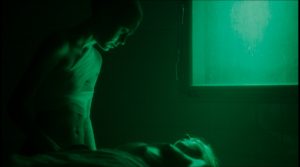 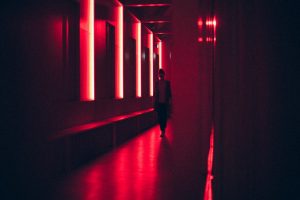 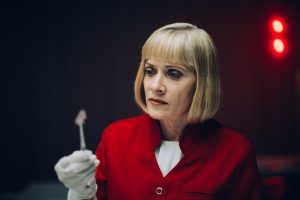 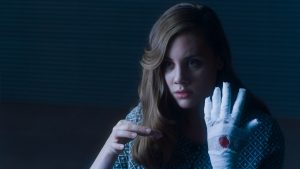 There is also a look at horror icon Barbara Crampton (We Are Still Here, Road Games, Beyond the Gates) who is certainly returning to horror with a bang. She plays the role of Dr. Rafaela Crober and an image shows her investigating a piece of skin. But whose is it?

Replace has been directed by Norbert Keil and additionally stars Lucie Aron and Sean Knopp. If you’re heading to the Horror Channel FrightFest you can catch Replace during its UK premiere on Friday 25th August.