Ravenous Brit Chiller Tear Me Apart Served Up in June

British cannibal chiller Tear Me Apart is to receive a UK big screen premiere in London’s Whitechapel on June 16th, with a worldwide online release the following day. 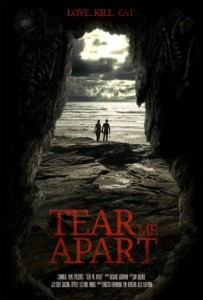 The film, which received its world premiere at October’s Austin Film Festival, comes from burgeoning UK company Cannibal Films and is the feature debut of director Alex Lightman. Shot in various rural Cornish locations, Tear Me Apart presents a desperate fight for survival in a desolate, dystopian setting.

Here is the film’s official synopsis:
Living in a cave in a barren part of the Cornish landscape, two brothers turn to cannibalism to survive. Although the eldest (played by Frazer Alexander) clings to the notion that their father will reappear, bringing with him the return of the ‘old world’, the younger brother (Alfie Stewart) has no such moral compass and relishes the meat he can get from the bodies of nomadic wanderers who stray into his sights. Then one day, a different kind of prey appears, in the form of a beautiful teenager (played by Jennie Eggleton). She is possibly the last girl alive and her powerful presence ignites a sexual maelstrom. A dangerous game is about to be played. Animalism versus humanity. Love versus survival. Love. Kill. Eat. 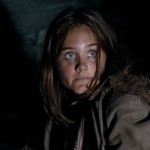 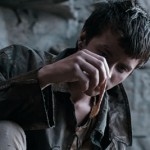 Tear Me Apart will be available to buy or rent through its official website from June 17th worldwide. Check out this latest trailer, which manages to fit a whole lot of mood into just 30 seconds.