Raven Banner Picks Up Rights to The Prey 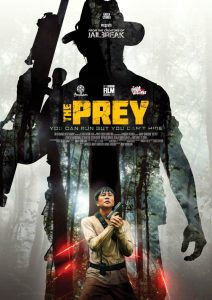 Raven Banner has picked up the rights to The Prey, which will be Cambodia’s first million-dollar action film. The film comes from the creators of Jailbreak which was previously acquired by streaming giant Netflix.

Jailbreak was intensely packed with action and followed an escort mission turning to chaos when the inmates take over a prison. So, we’re expecting something even bigger and brasher with The Prey. In a similar vein to Jailbreak, The Prey will follow a Chinese police offer who heads to a remote jungle prison, hoping to save his own life by becoming human prey.

Jimmy Henderson, the director of Jailbreak, will direct this one too and the script has been written by himself and Michael Hodgson. The Prey will star Byron Bishop, Sahajak Boonthanakit and Nophand Boonyai.