Ramping up the tension with new Predator poster and trailer

A new teaser trailer has been released for Predator, ahead of the films September release. We’ve also been given a peek at the new poster, which claims “The Hunt Has Evolved”. 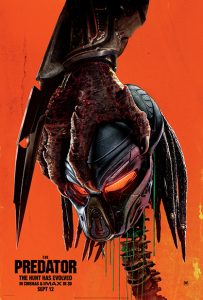