The Raid Re-imagining Hires a Director and its Lead 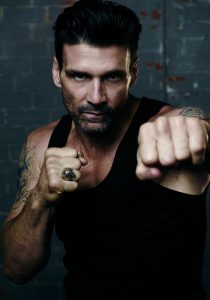 We’re sure that many of you are disheartened at the prospect of a remake of Gareth Evans’ The Raid, but hear us out when we say it actually sounds like it’s heading down an interesting route. The American re-imagining – not remake, according to the director – has hired Joe Carnahan (The A Team, The Grey) as a director and cast Frank Grillo (The Purge 2 + 3) in the lead.

Sure, they’re no Gareth Evans and Iko Uwais, but Carnahan has a string of action films to his name and Grillo has frequently proved that he can kick ass when he needs to, having starred in the two Purge sequels and Captain America.

Carnahan took to Twitter to let us know the following important pieces of information:
“THE RAID remake will hew closer in tone & feel to THE GREY and NARC. @Ghuevans is producing alongside & has given us his full blessing.”

“It’s not a remake. It’s a re-imagining of the same scenario. Everybody take a deep breath”.

“You can’t remake The Raid, guys. It’s a fantastic film. So, ask yourselves why would we be doing it, unless we had something really special.”

With Gareth Evans on-board as a producer and the promise of it being something special, it’s hard not to be intrigued at the prospect of a new Raid movie. If it sucks, we still have the original and it’s equally as impressive sequel The Raid 2.

Iko Uwais and Frank Grillo starred together in Beyond Skyline, so maybe Grillo has nabbed some fighting inspiration from his ass-kicking co-star.

Gareth Evans is also working on developing The Raid 3, so keep your eyes open for more as it comes.