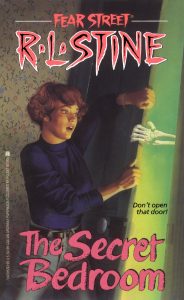 Ask any young horror fan what their favourite book series are and undoubtedly, Goosebumps and Fear Street will be right on top of that list. Still as popular today as they were during the heyday of scrunchies and Saved by the Bell, the I-dare-you-to-read novels are scaring up a new generation of kids and tweens and it seems like the author, R.L. Stine, is far from being finished. In an exciting partnership with BOOM! Studios and its kid friendly KaBOOM! Imprint, Stine has signed on to write four original graphic novels with the first to be released in fall 2019. While there are no details about the plot or any artists attached, Stine does promise that it will be thoroughly creepy.

“I’m so lucky to have been able to scare so many generations of kids,” said R.L. Stine. “Now I feel lucky to be going just beyond Goosebumps to a whole new medium of fright and chilling laughs. I’m hoping that BOOM! is the sound of an explosion of fun in a whole new world for me.”

Bryan CaR.L.son, VP of Editorial and Creative Strategies couldn’t hide his excitement either:
“As a lifelong fan of R.L. Stine, I couldn’t be more excited to see him scare a whole new generation with a series of original horror graphic novels at BOOM! Studios. His work changed my life as a reader and I can’t wait for today’s young readers to share that experience as R.L. Stine takes the graphic novel format and sends everyone just beyond the limits of their imaginations…”

While the newest collaboration may mark R.L. Stine’s first foray into original graphic novel work, it’s not his first time dipping his toes in the comic industry. Last year marked his debut as a comic writer with a five-part arc on Marvel’s Man-Thing and, with some experience under his belt, promises a new found friendship between Stine and the graphic world.