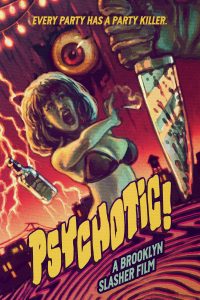 Low-budget indie horror comedy Psychotic! is a hit-and-miss affair that starts off with a scene showing a great deal of promise, but that soon gets bogged down in attempts at stoner jokes and satirising millennials. The writing/directing team of Maxwell Frey and Derek Gibbons pepper their take on 1980s slasher fare with enough positives to warrant a watch, however.

A masked psychopath terrorises hipster twenty-something residents of the Bushwick neighbourhood of Brooklyn, New York, especially those connected with a rock band called Mass Psychosis. He earns the nickname The Bushwick Party Killer because of this. The film opens with a well-executed tracking shot from the villain’s perspective, which is an amusing riff on John Carpenter’s Halloween that sets up a great deal of promise for the rest of Psychotic!, but unfortunately little lives up to this sequence.

A problem with the characterisation in Psychotic! is that viewers are given no one with whom to sympathise. In attempting to send up hipster culture, the filmmakers settle for making their characters either whiny or stoner stereotypes with no redeeming values. Even the boyfriend of a victim is reduced to being an unappealing jerk. When it is time for the killer to claim another victim, therefore, there isn’t any reason to either be sorry for the demise or to be happy that the character is being offed.

The cast doesn’t do many favours in bringing these characters to life, either, with most performances ranging from amateurish to grating to scenery chewing. One brightly shining exception is Kristen Martin, who is outstanding in her role as Roxy. Here’s hoping that this is the beginning of a fine film career for her.

The humour doesn’t work for this reviewer, either, as so much of it is steeped in jokes about getting high — including a kill involving a bong — and not as much on the horror half of being a horror comedy. Some of the stoner comedy scenes are interminably long. A couple of homage sequences to Halloween and Alfred Hitchcock’s Psycho are among the more successful comedic moments in the film. 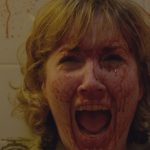 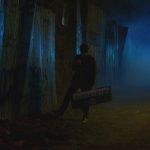 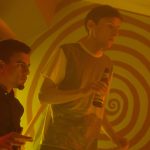 What Psychotic! has going for it are its visual and aural takes on 1980s slasher fare, and its creative practical-effects kill scenes. Frey and Gibbons use bold colours and creative framing to their advantage, and their murder sequences are spot-on for the era and genre to which they are paying homage. The synthesiser score by Blazing Galaxies is perfect for the proceedings.

Ultimately, Psychotic! is a disjointed labor of love that feels like a bit more fine tuning could have taken it to another level. Frey and Gibbons show enough promise here to warrant interest in their next project, and hopefully it will launch Kristen Martin’s cinematic acting career, as well.