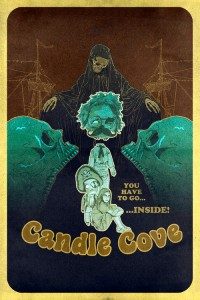 The first season of Channel Zero has barely concluded, but it has already been confirmed that the second season of the show has wrapped production. The new season will be titled Channel Zero: The No-End House and will be based on the Creepypasta written by Brian Russell which follows a woman in a house of horrors.

Season 1 of Channel Zero titled Candle Cove has been a lot of spine-tingling fun with the show garnering praise from audiences and critics alike. The season is based on the Creepypasta written by Kris Straub and the script was written by Nick Antosca. The story followed an investigation into a string of disappearances and their possible connection a children’s television show in the 1980s.

Channel Zero: The No-End House will star Amy Forsyth, Jeff Ward and John Carroll Lynch, with plans to air in the autumn on 2017.