It has been announced that production has wrapped on Jackals; an 80s-set horror-thriller starring Stephen Dorff as cult de-programmer Jimmy Levine. Dorff is also set to be starring in the slasher prequel Leatherface from French directors Alexandre Bustillo and Julien Maury and has had previous roles in Blade, Public Enemies and 2015’s The Debt. As well as a heap of other flicks over the last few years.

Set in the 1980s, Jackals will follow an estranged family who hire Levine to help their son adjust to life after being involved with a cult. However, things get a bit sinister when the cult surround the family’s home and demand the boy return to their murderous group. It sounds like an interesting blend of Faults, Martha Marcy May Marlene and The Strangers, so we’re very excited to see some footage when the trailer hits. 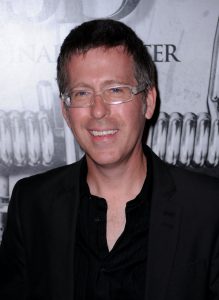 The film was originally set to be directed by Saw II-V and Abattoir director Darren Lynn Bousman, but it will now be directed by fellow Saw franchise director Kevin Greutert (right), who was at the helms of Saw VI and Saw 3D: The (not-so) Final Chapter. He directs a script written by Jared Rivet, who has written a couple of shorts called Raw Footage and Paralyzed.