Prepare to Sink with the Open Water 3 Poster

From The Shallows to the Sharknado franchise and the recent hit 47 Meters Down, shark films are making one hell of a comeback and it’s not stopping there. Open Water 3 AKA Open Water: Cage Dive has now gone in to production and a poster has been released, too. 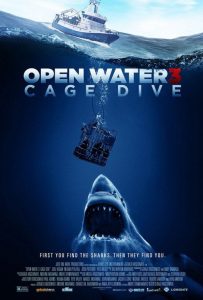 We don’t want to focus too much on the poster – and the plot’s – similarities to 47 Meters Down, but it’s difficult. Just look at it! Hopefully the film itself will manage to be a bit different and offer some originality, rather than riding on the success of previous shark films.