Prepare for Bat Attacks in the Trailer for The Silence 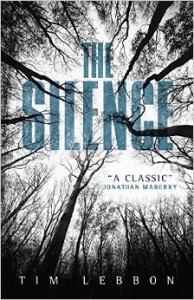 After the success of Don’t Breathe and A Quiet Place, it seems like quiet is the new loud. Now Netflix is catching the whisper bug with their upcoming horror flick The Silence.

The film follows Ally (played by Kiernan Shipka from the Chilling Adventures of Sabrina), a deaf teenager who, along with her family, seeks refuge during a terrifying attack by bat-like creatures called Vesps. Stanley Tucci (The Hunger Games), Miranda Otto (War of the Worlds), and John Corbett (The Messengers) also star.

Directed by John Leonetti (Annabelle, Wish Upon), The Silence is based on the best-selling novel of the same name by Tim Lebbon. The screenplay was penned by Carey and Shane Van Dyke (Chernobyl Diaries).

The Silence will be released on Netflix on April 10th. Adjust your volume settings and check the trailer below.