Prepare for an American Exorcism Next Month

Making its way to US DVD and VOD soon is Uncork’d Entertainment’s American Exorcism. Check out the nutty trailer for the film, which was written and directed by Tripp Weathers, making his feature debut. 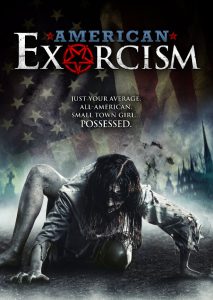 The film stars Michael Filipowich (24, It Stains the Sands Red) as a man who gains strange powers after surviving demonic possession, as well as Braxton Davis (The Butchers, Bad Ass), Jessica Morris (Trophy Heads) and the quite awesomely-named Sicily Fontaine, in her first feature role. Read on for Uncork’d’s synopsis:
After narrowly surviving a harrowing possession, Damon Richter was left with abnormal abilities that allow him to help those fellow souls similarly tormented. Damon has embraced these powers for good until a routine exorcism goes terribly wrong forcing his family to suffer greatly. Thinking he left the world of possessions, exorcisms, and evil behind him, he must now use these skills to save his estranged daughter. 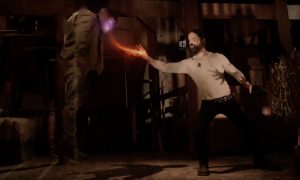 American Exorcism will hit VOD platforms on May 2nd, with a DVD to follow on August 1st.