It seems like a long time since we had any new details regarding Shane Black’s The Predator, which is now less than a year from hitting our screens. While revealing nothing substantial, 20th Century Fox CEO Stacey Snider talked to Variety this week, promising something a bit different from the franchise reboot, and confirming a setting removed from the jungles of the original classic.

“We’ve got a Predator film coming out that is unexpected and utterly fresh,” Snider enthused. “I just imagined that it would take 500 hours to read the script — that it would be interior jungle, exterior more jungle and then fighting happens, but Emma [Watts] went out and recruited Shane Black. From the first page, it didn’t read like a Predator film.”

Snider also confirmed the whispers we’d previously heard regarding the setting of the film, saying, “it’s set in suburbia. There’s a little boy and his dad at the centre of the action.”

A more-or-less direct sequel to the 1987 action horror (in which Shane Black co-starred with Arnold Schwarzenegger and Carl Weathers), the highly-anticipated film was reshuffled earlier this year by Fox, delaying its release from February, 2018 to August 3rd. 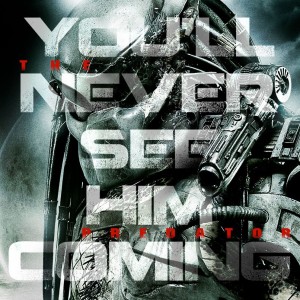 Everything we’ve heard so far suggests it’ll be worth the wait however. First there’s the cast, which includes Olivia Munn, Boyd Holbrook, Thomas Jane, Trevante Rhodes, Jacob Tremblay, Augusto Aguilera, Keegan-Michael Key and stunt performer Kyle Strauts as The Predator itself. Then there’s the name’s behind the project; Black directs from a script by The Monster Squad/Night of the Creeps director Fred Dekker, while John Davis, Joel Silver, and Lawrence Gordon — who produced the original — are on producing duties. And let’s not forget that, back in February, Black assured fans that the violence levels will not be toned down for wider box office appeal, saying: “…just to be clear… PG-13 is for pussies. Spines bleed… a lot.”