Preacher Team Rogen and Goldberg set Sights on The Boys 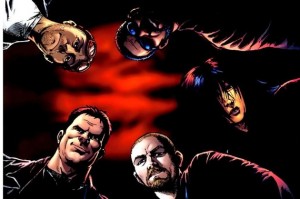 Having already saved Preacher from years of development hell with an AMC series set to air this summer, Seth Rogen, Evan Goldberg and Neal Moritz have already set their sights their next Garth Ennis adaptation. Like Preacher, an adaptation of Ennis’ The Boys has been struggling to get off the starting blocks for a long time, with both Columbia and Paramount having expressed interest over the last few years. Finally though, a TV series is being developed by Cinemax, to be produced by Rogen and Goldberg’s Point Grey, Moritz’s Original Film and Sony TV. 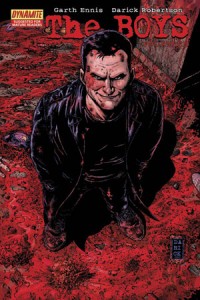 The satirical, ultraviolent comic ran for 72 issues from 2008-2012, published initially by Wildstorm and then by Dynamite Entertainment. Mixing riotous comedy with bleak cynicism and all-out obscenity, it is set in a time when superheroes have become a reckless liability, abusing the freedom afforded by their celebrity. A CIA squad, nicknamed The Boys, are put together to keep them in line and eliminate them when necessary.