Pray for Your Soul with this New Trailer for The Convent 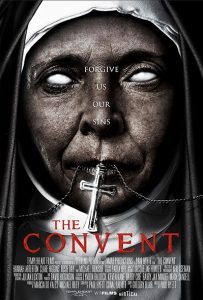 If you’re anything like us and can’t resist a spooky nun movie, you won’t want to miss this trailer for The Convent.

Set in England during the 17th century, The Convent follows a young woman (Hannah Arterton) falsely accused of witchcraft. She has two choices: be executed, or spend the rest of her life in a convent. Naturally, she chooses the latter. But these nuns can’t save her. They can’t save anyone.

The Convent is directed by Paul Hyett and was co-written by Hyett, Conal Palmer, and Gregory Blair. The cast includes Clare Higgins (Hellraiser and HellBound: Hellraiser II), Michael Ironside (Scanners), and Rosie Day (The Seasoning House). It will be released On Demand and in select theatres beginning May 3rd.