The Poughkeepsie Tapes to Hit Blu-Ray This October

We didn’t think we’d ever see the day where The Poughkeepsie Tapes received a Blu-ray release, but the day has come! It’s been a whole decade since the film was made and it’s been – perhaps not literally – sitting on the shelf since then. It did receive a VOD release in 2014, but this will be its first proper physical release. 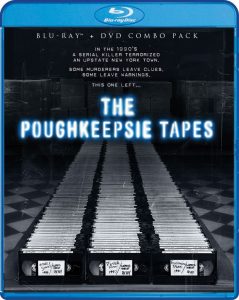 The release for John Erick Dowdle’s horror-mystery comes courtesy of the folks at Scream Factory, so you have them to thank. Dowdle has since gone on to direct Quarantine, Devil, As Above, So Below and No Escape.

Synopsis:
Hundreds of videotapes of torture, murder, and dismemberment show a killer’s decade-long reign of terror.

If you like the found footage style and films that are genuinely quiet unnerving and brutal, then this is the film for you.

Remind yourself of the creepy trailer below and be sure to get your hands on The Poughkeepsie Tapes on 20th October 2017.