Synopsis:
A serial killer leaves behind a cache of videotapes chronicling his murders and the subjugation of one of his victims. A documentary featuring experts and criminal profilers analyze them and try to unravel the mystery of the ‘water street butcher.’

There’s no denying the oversaturation of found footage horror. Ever since the release of The Blair Witch Project, there’s been an endless cavalcade of imitations, with some efforts being completely mundane. It’s a trend that’s become stale and formulaic, with very little left in the way of innovation to be made. To be blunt, many of these titles are a dime a dozen and sometimes that’s paying too much. However, if there’s one that’s successfully shattered the mold and utilized the technique to its full advantage, it’s The Poughkeepsie Tapes. John Erick Dowdle’s 2007 effort is not only highly effective in its execution, but a harrowing look at the world we live in, and one that addresses a subject that many continue to immerse themselves with.

The public fascination with the serial killer has been well established through many forms of entertainment. There’s something about these people who have an insatiable appetite to kill that repulses us to our very core, yet propels our curiosity towards them. Our books, movies, and documentaries are full to the brim of sociopaths and monsters that are very real. They’re living examples of wolves in sheep’s clothing, moving among the unsuspecting masses waiting for the perfect moment to strike.

One can’t look at this morbid fascination without contemplating the existence of an actual snuff film, a movie, in which real murder is depicted. In Henry: Portrait of a Serial Killer, this was explored in the form of a murderer videotaping his own crimes to revel in voyeuristic pleasure and relive the experience. Dowdle takes this simple concept, and makes it the foundation for an entire movie. The Poughkeepsie Tapes is much more than a dramatized snuff film however, as it presents the material in an intelligent manner, told within the confines of a pseudo-documentary.

The greatest strength of the movie is found in its presentation. Although several found footage efforts have attempted to mimic the documentary style, many don’t succeed and have trouble resembling anything legitimate. The Poughkeepsie Tapes demonstrates an ability to have an air of validity, all the while being thorough with several details of crime detection. The in depth analysis contained in the film gives the impression to the viewer that they’re watching a real case study and not just actors portraying roles. A lot of attention is focused on motive and techniques such as forensic detection and criminal profiling.

Coinciding with the documentary portion of the film is the found footage made up of the tapes left by the killer. Their composition and overall appearance is remarkably well done. It’s extremely bleak, unnerving, and contains some of the most disturbing imagery one could possibly come across. While having a great deal of the same texture and quality one might find with an old VHS camcorder, it allows the audience to be placed into the mindset of the water street butcher. The footage gradually begins to progress as the assailant becomes more adept at carrying out his crimes and recording them at the same time. The overall development of the killer is shocking and fascinating as the events develop. A primary subplot with the footage regards to his subjugation and manipulation of one of his victims, a young woman named Cheryl Dempsey. 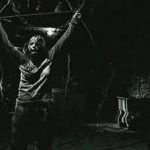 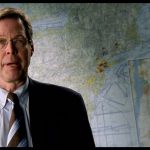 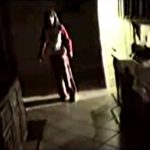 Cheryl’s story isn’t just one of someone being kidnapped and tortured, but one of the long-term effects of sexual, physical, and mental abuse. The film could have opted for just having a string of murders with a grainy VHS recorder. It also could have gone down the road of being exploitive with the occasional analysis thrown in to make it appear more enlightened. What we’re given in Cheryl Dempsey is a clear-cut perfect example of Stockholm syndrome. The movie conveys great feelings of helplessness with her character’s situation. As the audience, we’re forced to watch her undergo a transformation induced through the suffering of her captivity. This is what elevates The Poughkeepsie Tapes above so many others in the sub genre; it contains a deeply effective form of psychosocial horror.

While it might not be palatable for everyone’s taste, The Poughkeepsie Tapes is certainly a film that’s worth viewing, and deserves credit for touching on a subject that’s relevant to the society we live in. One of the most infamous serial killers, Ted Bundy, once remarked that serial killers are “Everywhere…we’re your husbands and your sons and there will be more of your children dead tomorrow.” Dowdle not only understands that sentiment, but conveys it in a way that’s all too real.