The Poster for Sacrifice Questions the Price of Life 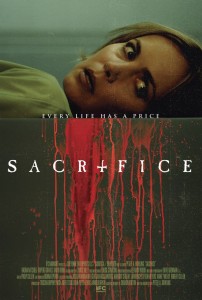 A poster has been unveiled for Sacrifice, a thriller from director Peter A. Dowling (Stag Night) that stars Radha Mitchell, who’s starred in Silent Hill, Pitch Black and plenty of other horror flicks. She always seems to be mixed up in some sort of horrific or supernatural nightmare, doesn’t she? Check out the poster, it connotes ideas surrounding religion and ponders the price of life in its tagline.

In Sacrifice a surgeon, Tora Hamilton (Mitchell), discovers the body of a young woman in the area around her new home and soon discovers that the death may be linked to a horrifying legend on the island she’s recently moved to.

Sacrifice additionally stars Rupert Graves, Ian McElhinney, David Robb and Liam Carney. The film is based on the book by S.J. Bolton which was published in 2008 and has been praised for its startling story and complex blend of romance, horror and murder-mystery. It definitely sounds like something right up our street!