The Poster for Replace will get Under your Skin 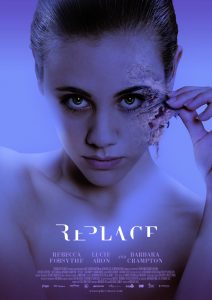 It would be wonderful to stay young forever, but if The Picture of Dorian Gray taught me anything; it would come at one hell of a price and I’m not willing to take that risk. The body-horror thriller Replace puts a twist on the idea explored by Oscar Wilde and sees a woman develop a skin disease, before realising she can maintain her beauty by replacing her skin with the skin of other people’s. It sounds utterly gross and grisly, so we can’t wait to watch it.

Check out the poster for Replace below which shows a young woman, played by Rebecca Forsythe (Loosies, The Bronx Bull), pulling at the skin of her face. It’s simple and effective, with the sinister expression on her face revealing the dark intentions that rest under that beautiful facade.

You can check out the disturbing, but mesmerising trailer below which shows you some of the icky, skin-crawling nightmares that the full film will bring to the screen. Yuck.

Replace comes from Norbert Keil, who is making his feature film debut with an almighty and bold bang, and additionally stars horror icon Barbara Crampton, Lucie Aron and Sean Knopp. 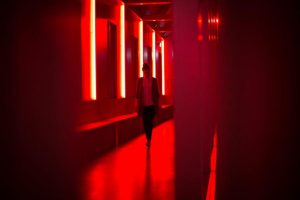 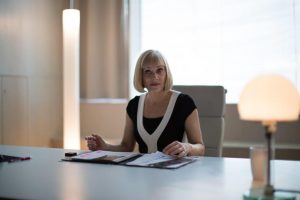 Replace has a release date slated for 2017.