A second season of Stan’s Wolf Creek series is on the way and filming has now begun in South Australia. To tie in with the announcement of production beginning, details of the plot have been announced and it sounds like it’s going to be another exciting season. 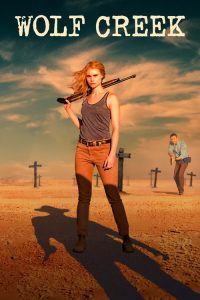 Over on iTWire they have described the new season as focusing on a coach full of tourists, leading Mick Taylor to believe he has stumbled on “the opportunity of a lifetime”.

The first season of Wolf Creek was quite excellent, so we’re looking forward to seeing what a new season can offer. The first season’s twist on serial killer thriller expectations was excellent, pitting Mick against one bad-ass young woman intent on avenging the deaths of her parents.

Be sure to check out Wolf Creek season 2 went, hopefully, it arrives on our screens later this year.