Plans to Expand the Terminator Universe Are On Hold 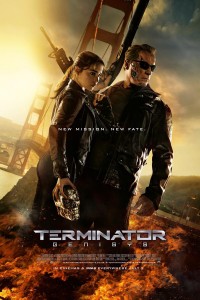 If you were a fan of the recent addition to the Terminator franchise Terminator: Genisys, then this news may come as a blow. Due to the film’s lacklustre gross at the box office earlier this year, all plans for an expansion of the Terminator universe have been put on hold. Terminator: Genisys only grossed $27 million in the USA during its opening weekend and opened below Pixar’s Inside Out and Jurassic World. Despite grossing over $400 million worldwide since then, this was still a disappointing opening.

Before the film was released there were plans for two more sequels and TV spin-off series. Clearly, everyone got a bit ahead of themselves and expected the film to do far better than it did. We’re not surprised; the recent addition to the universe was not brilliant. It had some great moments of entertainment, but was overall a bit of a mess. The over-complicated storyline was ridiculous in parts and it’s no wonder very few people want to see more. Bringing back Arnold Schwarzenegger was not the way to entice audiences and if the films do continue in the future, it’s best to keep it simple and stop with the cheesy “I’ll be back!” lines.