Pitchfork Gets New Trailer Ahead of January Release

The first foray into directing for Emmy-nominated choreographer Glenn Douglas Packard, Pitchfork, which is described in its press release as a “highly anticipated horror spectacle,” will be unleashed in January. Right now though, we have the film’s first full trailer, courtesy of distributor Uncork’d Entertainment.

K-Shop’s Daniel Wilkinson plays the murderous, feral beast of the title, who descends on a rural farm to slay a group of city kids. “Glenn [Douglas Packard] has created a monster for the ages,” said Uncork’d president Keith Leopard upon their acquisition of the film earlier this year. 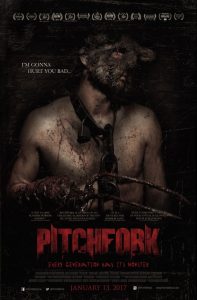 A host of young newcomers star in the film, including Lindsey Nicole, Ryan Moore, Nicole Dambro and Brian Raetz as Hunter. Director Packard co-wrote the screenplay with Darryl F. Gariglio, as well as producing alongside Noreen Marriott and Shaun Cairo.

If the early reviews are to be believed, Pitchfork sees the birth of a new slasher icon, and going by this trailer alone, it doesn’t sound too implausible. US audiences can judge for themselves when the film is released in selected cinemas and On Demand on January 13th. 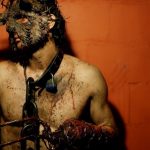 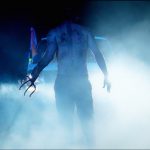 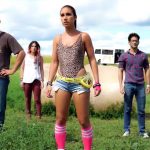