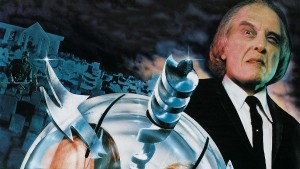 It’s been quite a year for the Phantasm franchise. Not only did we see a 4K restoration of Don Coscarelli’s 1979 horror classic, but the series was rounded off with its fifth entry, Phantasm: Ravager. The concluding film in the franchise (before the inevitable remake, no doubt) also marked the final screen role of Angus Scrimm, playing iconic villain The Tall Man for the last time, having sadly passed away in January.

Diabolik DVD have announced that both Phantasm: Remastered and Phantasm: Ravager will be landing on blu-ray on December 6th, via WellGo USA, and we’ve got word of what special features to expect. 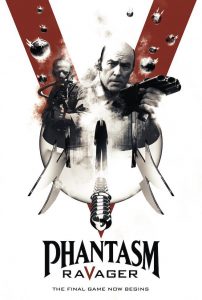 Phantasm: Ravager, which was released earlier this month to a mixed reception, sees series lead Reggie Bannister returning as ice cream man turned battler of evil Reggie. Alongside Bannister and Scrimm, all other key players from the 1979 original appear, including A. Michael Baldwin, Kathy Lester and Bill Thornbury. The blu-ray will come with the following extras:
•    Audio Commentary with Director David Hartman and Writer / Producer Don Coscarelli
•    Behind the Scenes
•    Deleted Scenes
•    Phuntasm: Bloopers and Outtakes
•    Trailer