Sad news for fans of Penny Dreadful today as it has been officially confirmed that the show will not be returning for a fourth season. It was quite the surprise when the season 3’s finale episode ended with the words “The End”, but that couldn’t mean forever… Could it? Unfortunately creator John Logan said, “I can absolutely confirm it is really over, the end — that’s all she wrote. Some are meant to be sonnets and some are meant to be enormous epics, and this was always meant to be a sonnet. It was something of grace and beauty. I think we’ve been able to achieve that in a really masterful way with the artists that I work with. I think this is the right ending so for me to revisit that world again would seem inorganic, I think.” 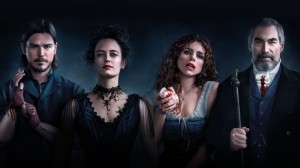 It’s a damn shame, because the show has secured a loyal and dedicated fan base since its beginning in 2014, but at least the show is going out on a high, rather than a whimper. All good things must come to an end and it will be sad to see Penny Dreadful go, but its success and popularity should help TV providers to see that horror period pieces like this have a happy home on television. We wonder what will be next.