Scream star Courtney Cox is returning to the horror genre for the upcoming Starz series Shining Vale, a horror-comedy about a dysfunctional family that moves from the city to a small town into a house in which terrible atrocities have taken place. But no one seems to notice except for Pat (Cox), who’s convinced she’s either depressed or possessed—turns out, the symptoms are exactly the same. 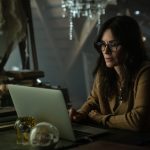 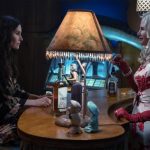 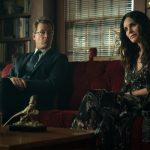