Peachfuzz will Return; Creep 3 is in Progress 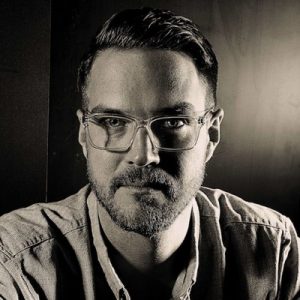 At the end of last year Patrick Brice (pictured right) confirmed that Creep (not the 2004 London Underground horror film!) was to be a trilogy and it seems like he’s a man of his word. Mark Duplass took to Twitter to confirm the pair are working on Creep 3 and, for now, we can enjoy Creep 2.5. Click here to see what he teased.

The first Creep and its sequel were equally excellent and appropriately creepy tales and, arguably, the second improved on the first. With an already terrifying established character in Duplass’ Josef/Aaron, there were no need for introductions and we could get straight into the horror.

In Creep 2, a budding film-maker thinks she’s hit the jackpot when she meets Aaron who claims to be a serial killer. She agrees to spend the day with him in the hopes of creating the ultimate work of art, but soon realises she’s made a terrible mistake. Check out our review of Creep 2 here.