The Park will Finally hit Consoles this May 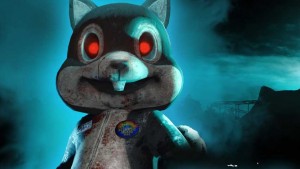 The psychological horror game The Park was recently confirmed to be released this year, but we can now reveal that the exact release date will be 3rd May. Hooray!

The Park looks and sounds like it’s going to be a terrifying immersive experience that relies on storytelling and atmosphere to ramp up the terror. Don’t expect a game that is filled with action and combat, because this is going to be a psychological, rather than physical, rollercoaster ride of fear.

Check out the moody and tense launch trailer below to get a taste of the beautifully sinister supernatural activity you’re going to get with The Park.

The Park will be Funcom’s first console game in 10 years, so get ready to grab it when it hits both PS4 and Xbox One next one.