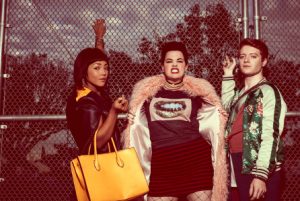 Paramount has – unsurprisingly – pulled the plug on the Heathers TV reboot after the series’ premiere was delayed due to the Parkland school shooting in February.
As reported by USA Today:
“[Paramount Network parent company] Viacom says the subject matter isn’t suitable in the current environment for channels it’s attempting to make youth-oriented, but that it’s open to the possibility of selling the anthology series to a more fitting outlet.”

It’s a shame that the series will never see the light of day, but we can only be understandable of Viacom and Paramount’s decision. Perhaps a murderous series set in a High School is not the best of ideas, considering the social and political climate, and the constant debates around gun laws in the USA.

For now, check out the trailer for the series that will no longer be gracing our TV screens.