In news that will surprise none of you, Paramount has confirmed that a sequel to A Quiet Place is on the way. Although the film is a brilliant standalone story – and a terrifying one at that – it’s made a bomb at the box office, so it’s no wonder Paramount is keen to take audiences back to the silent post-apocalypse.

Jim Gianopulos, the studio’s chairman broke the news at CinemaCon and also teased two new Star Trek movies. When speaking about the success of A Quiet Place, he said:
“If you told me five years ago that an almost silent film starring the very funny guy Jim from The Office would have been a hit at Paramount, I would have said, ‘Well, I should go work at Paramount,'” 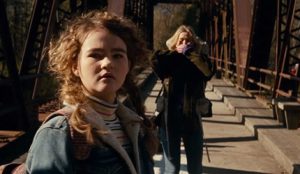 A Quiet Place is a brilliant horror film and the promise of more from the universe is exciting. Directed by John Krasinski, the film stars him and Emily Blunt as parents who must protect their children from monsters that target sound. If you’ve not seen it, get on it! And don’t bring any popcorn to the cinema with you. You’ll thank us later.