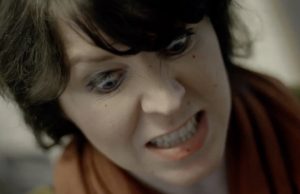 Sightseers/Garth Marenghi’s Darkplace star Alice Lowe looks to have created something pretty damn unique for her feature directorial debut. Lowe wrote, directed and starred in Prevenge – which tells the tale of a mother-to-be getting orders to kill from her unborn – during her own actual pregnancy.

The blacker-than-black comedy recently screened at the London Film Festival, and is set for a release on February 10th from Kaleidoscope Film Distribution. Ahead of that, you can see the second trailer below.

Read on for the official word on Prevenge, which now occupies the top spot of my must-watch list.

A pitch black, wryly British comedy from the mind of Alice Lowe, Prevenge follows Ruth, a pregnant woman on a killing spree. It’s her misanthropic unborn baby dictating Ruth’s actions, holding society responsible for the absence of a father. The child speaks to Ruth from the womb, coaching her to lure and ultimately kill her unsuspecting victims. 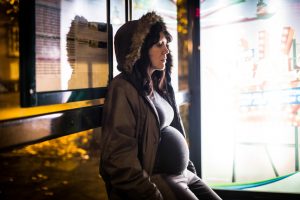 Struggling with her conscience, loneliness, and a strange strain of prepartum madness, Ruth must ultimately choose between redemption and destruction at the moment of motherhood.

Having shown at Venice, Toronto and most recently the London International Film Festival, Prevenge marks the directorial debut from Lowe, who is a true triple threat, writing, directing, and acting in the film during her own real-life pregnancy.