As we wait with baited breath to see how successfully director Mike Flanagan can eradicate the memories of 2014’s Ouija with sequel Ouija: Origin of Evil, a new TV spot has arrived for the film. 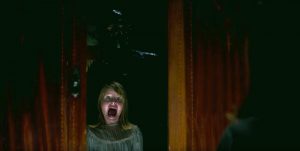 Packed with nightmarish images, this second TV spot has quite a bit of overlap with the awesome official trailer that arrived back in June, but should tide you over nicely until the film is released on 21st October. 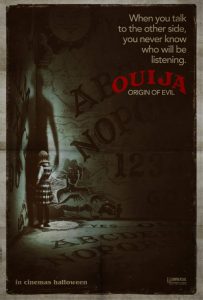 In 1965 Los Angeles, a widowed mother and her two daughters add a new stunt to bolster their séance scam business and unwittingly invite authentic evil into their home. When the youngest daughter is overtaken by the merciless spirit, this small family confronts unthinkable fears to save her and send her possessor back to the other side.

With Paramount having backed out of the Halloween slot with their upcoming Rings, the late-October box office is there for Ouija: Origin of Evil’s taking. The original made a stack of cash for Universal, after all. Despite it being so inarguably lousy.