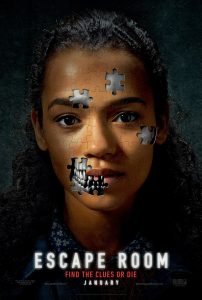 Isabelle Fuhrman, who terrified audiences as the creepy not-exactly-a-kid Esther in Orphan, has been cast in Escape Room 2.

The sequel to Sony’s 2019 hit will also see the return of actors Logan Miller and Taylor Russell, who played Ben and Zoey, the only survivors of the first movie. Director Adam Robitel is also back, and the film is expected to hit theaters on August 14th, 2020.