The Orchard Acquires Demon, a Wedding is Ruined 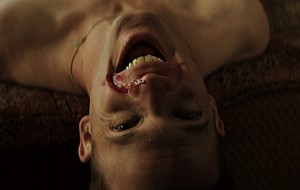 The storrline is described as follows: Peter is a stranger in the hometown of his future wife Janet. As a wedding gift from the bride’s grandfather, he receives a piece of land where the two can build a house and raise a happy family. While preparing the land for construction, Peter finds hidden bones of human bodies in the ground beneath his new property. Then very strange things begin to happen.

A limited US cinema release is scheduled for September 9th, with details of a UK release yet to emerge. Below is the trailer, which was put out prior to the film’s TIFF screening.