Open the Box on Hellraiser: Anthology Volume 2 in September 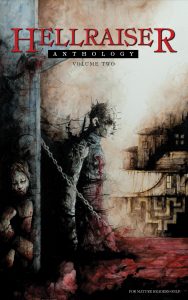 April saw the release of Volume 1 of Clive Barker’s Hellraiser: Anthology, which collected works from hailed comic writers and artists, each giving their takes on stories from the Hellraiser universe. Recently announced was Volume 2, which will be released in September. The second book – from which the below panel samples were taken – will include tales from returning writers Ben Meares, Christian Francis, Mark Alan Miller, David McKendry, Rebekah McKendry and Matt Murray, as well as introducing new faces including Zac Thompson & Lonnie Nadler, who wrote this year’s acclaimed The Dregs. 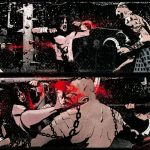 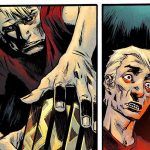 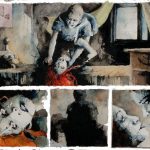 Perhaps most excitingly of all, the collection will also include a prose story detailing the origin of The Chatterer, written by actor Nicholas Vince, who played the character in the first two Hellraiser films. The story will include pen and ink illustrations from Clive Barker himself. 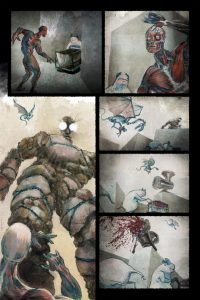 “I’m beyond excited to finally share a story I drafted in December 2012,” Vince says. “It’s worth the wait, as it’s found its spiritual home beside wonderful illustrations by Clive and amongst superb storytellers.”

Volume 2 of Hellraiser: Anthology will have a limited hardcover release at September’s Son of Monsterpalooza in Pasadena, CA, with digital and hardcover editions available via Barker’s official website from September 24th.