Ones to Watch at SXSW 2015 Midnighters

March 13th 2015 will see creatives and audiences from all walks of life making their way to Austin to attend 2015’s SXSW Film Conference & Festival. This nexus of discovery and collaborative energy is divided into all of 20 distinct categories catering for all and sundry.

One particular section is the Midnighters strand, established to provide all things scary, funny, sexy, controversial – provocative after-dark features for night owls and the terminally curious. Three particularly intriguing horror films making their debut this year are He Never Died, Pod and The Invitation. 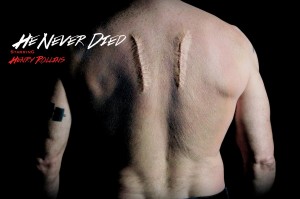 First up is He Never Died, written and directed by Jason Krawczyk, the creative force behind the film website EveryoneQuestion.com and president and CEO of Alternate Ending Studios. He Never Died stars Henry Rollins as Jack, a recluse suffering a severe case of depression as he’s more interested in devouring humans than bonding with them. Things take a turn for the worst when Jack’s past catches up with him and he finds himself struggling to keep his cannibalistic cravings at bay in this violent tale of personal responsibility. The film also stars Booboo Stewart, Steven Ogg and Jordan Todosey and screens as follows:

Next we have POD from LA-based writer/director Mickey Keating as he follows up his 2013 feature debut, Ritual. The films tells the tale of estranged siblings Ed (Dean Cates) and Lyla (Lauren Ashley Carter) as they head up to their isolated family lake house to hold an intervention after receiving a mysterious message from their war veteran brother, Martin (Brian Morvant). On arriving, the snowy confines hide a terror far beyond anything they could have possibly anticipated. POD also stars Larry Fessenden and John Weselcouch and will be screening as follows:

Further to the trailer we posted last week an exclusive clip has now been released for your viewing pleasure: 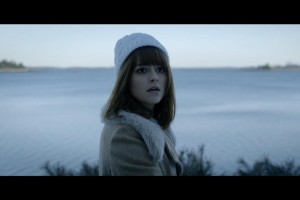 Be sure to keep up to date with Pod over on Twitter: @Pod_Movie

Last but not least is The Invitation from director Karyn Kusama, acclaimed writer and director of 1999’s Girlfight who went on to direct Aeon Flux in 2004 and the cult comedy-horror film Jennifer’s Body in 2009.

The Invitation tells the tale of a once happy couple, Will (Logan Marshall-Green) and Eden (Tammy Blanchard). After a tragedy took their son from them, Eden disappeared but suddenly reappears after two years…. with a new husband in tow. Eden is eerily different than Will remembers her and seems strangely eager to reunite with her ex and those she left behind. Over the course of a dinner party in the house that was once his, Will is gripped by mounting evidence that Eden and her new friends have sinister intentions for the dinner guests. Also starring Michiel Huisman, Emayatzy Corinealdi and Lindsay Burdge, The Invitation will be screening on Friday, March 13th.

We’ll be interviewing cast and crew from various SXSW midnighter films in the run up to and during the festival so be sure to keep watching this space…..

For a rundown of the entire SXSW lineup head over to http://sxsw.com/film/screenings/2015-lineup

You can also find all the SXSW film trailers here: https://www.youtube.com/playlist?list=PLXs_3rGeYdIlVRwKZnNuNnPA4DtpX09a1