Olivia Munn Joins the Cast of The Predator 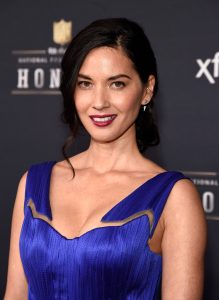 Olivia Munn has joined the cast of Shane Black’s (Iron Man 3, The Nice Guys) The Predator and will be playing the role of a scientist with Boyd Holbrook. Munn was last seen in as Psylocke in Marvel’s X-Men: Apocalypse, but also plays the role of Phoebe Callisto in the series Miles from Tomorrowland.

Shane Black will be directing The Predator from a script written by Fred Dekker (House, The Monster Squad, RoboCop 3) and according to IMDb, 50 Cent is also rumoured to be starring in the film. The Predator has a release date slated for 9th February 2018 in the USA and 2nd March 2018 in the UK.