Our first look at Lars von Trier’s The House That Jack Built was back in February and it paid homage to Carl Theodor Dreyer’s film Vampyr. Since then all has been a bit quiet, but now we have news that Ji-tae Yu, who played the antagonist from Park Chan-Wook’s acclaimed thriller Oldboy, has joined the cast. 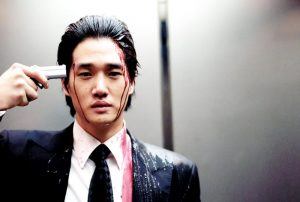 In addition to Oldboy, the Korean actor has starred in Natural City, Into the Mirror and the TV series Healer. Yu joins the cast of The House of Jack Built which already includes Matt Dillon, Uma Thurman, Riley Keough and Bruno Ganz. No details about his role have yet been released.

The House That Jack Built will be told from the perspective of a killer called Jack, played by Dillon, over 10-12 years. We will follow Jack as a police intervention edges closer, threatening to put an end to his artwork of murder.

The House That Jack Built will be filmed in Sweden and Denmark, with the film set to be released in 2018.