The most surprising casting announcement of the year came some months back when we learned that former High School Musical heartthrob Zac Efron will be playing infamous serial killer and necrophile Ted Bundy, who murdered at least 30 young women and girls throughout the 1970s. The wonderfully-named Extremely Wicked, Shockingly Evil and Vile is told from the perspective of Bundy’s onetime live-in girlfriend Elizabeth Kloepfer, a role that has now been filled by Lily Collins (Okja, The Mortal Instruments: City of Bones).

The film was scripted by Michael Werwie, and is being directed by Book of Shadows: Blair Witch 2 director Joe Berlinger, who has also produced and directed a number of true crime documentaries. 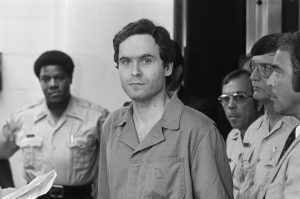 Bundy hid his heinous activities from Kloepfer, who denied the accusations against him before ultimately turning him in to the police. It was only when Bundy began talking in detail about his murders before his execution in 1989 that his former lover learned the extent of his crimes.