After quickly building an enviable reputation with the double whammy of 1999’s The Sixth Sense and follow-up Unbreakable, M. Night Shyamalan then went about systematically destroying it with a succession of increasingly lousy genre efforts. More recently though, the director has gone a long way to rebuilding his credibility with the likes of The Visit and last year’s widely acclaimed Split. It’s fair to say then, that hopes are fairly high for the recently announced Glass, which will crossover characters from both Unbreakable and Split in a sequel of sorts to both films.

With the film set to begin shooting in October, we now have the official synopsis, which you can read below:

“Following the conclusion of SPLIT, GLASS finds David Dunn pursuing Kevin Wendell Crumb’s superhuman figure of The Beast in a series of escalating encounters, while the shadowy presence of Elijah Price emerges as an orchestrator who holds secrets critical to both men.” 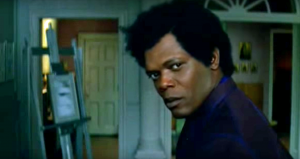