Synopsis:
Paz de la Huerta plays Abby Russell, a voluptuous and overtly sexual nurse who spends her evenings dealing out violent retribution to men who cheat on their wives. When newly-graduated nurse Danni, played by Katrina Bowden, joins the ranks, Abby lures her into a world of sex, booze, parties and hardcore violence.

Nurse 3D is the very definition of exploitation filmmaking. Sexy and subversive, this is a film that makes few apologies for loading its screen-time with nudity and copious amounts of gore.

De la Huerta plays the lead role and is utterly captivating; not just because of the explicitly sexual nature of her character, but through her unique take on the role and seductive, drawn-out delivery. At times she balances childish ‘girly’ behaviour with a subtly implied psychosis, which makes for an unpredictable and absorbing character. Abby becomes almost a 1950s caricature of femininity; tall, buxom, brunette, with thick red lips and a confident, sexual demeanour. This is contrasted by Danni, who is presented as the symbol of innocence; a young woman on the verge of unleashing her sexuality, but who is drawn to the life of monogamy and domesticity presented by her boyfriend Steve, played by Corbin Bleu.

Whether or not these depictions of womanhood are sexist, or even misogynistic, is not as clear cut as could be expected, as women are consistently shown to be strong, powerful and in control. Men, on the other hand, are either lecherous doctors, clueless boyfriends or the hapless victims of Abby’s seductive, murderous rouse. After all, the crux of the film is that unfaithfulness is an innately male quality, but is ultimately punished by beautiful women because men allow their libidos to cloud their judgement.

That being said, it has never been the role of exploitation filmmaking to deal with the ethical issues that arise within cinema, and Nurse 3D certainly doesn’t seem to concern itself with such matters; at least not on the surface. Whether we like it or not, the film is a typically exploitative blend of titillation and violence, aimed mostly at a heterosexual, male audience. To this end, viewers will notice a strong emphasis on female sexuality that is by no means reciprocated by the male characters.

Interestingly, we find ourselves continuously siding with Abby, regardless of how indiscriminate and brutal her acts of violence become. Nurse 3D makes ample use of gore, squeamish torture and Carrie levels of fake blood, but this is treated in such a way as to make for an entertaining and enjoyable visual feast. Ultimately, the male characters are so unlikable, Abby so interesting and unique a character, that she becomes an anti-hero we find it incredibly difficult not to root for. This is hardcore violence with both a smile and a purpose.

Given the reams of modern horror films currently being produced that take themselves far too seriously, Nurse 3D is refreshing in that it harks back to the exploitation filmmaking styles of the ‘70s and ‘80s, when US indie horror concerned itself primarily with making sure the audience had a good time. But, just like the films made in that era, Nurse 3D will be by no means to everyone’s taste.

Lions Gate has secured an outstanding presentation for this Blu Ray release that really plays on the film’s 3D-sympathetic cinematography. Nurse 3D is a visually stunning film and it is quite right that it should be presented in such high quality.

Interesting extras include a ‘making of’ featurette with interviews of the cast and behind-the-scenes footage, and also a ‘video diaries’ segment that follows Katrina Bowden and Corbin Bleu as they prepare for the challenges of filming.

Nurse 3D is undoubtedly one of the most hotly-anticipated films of 2015. Love it or loathe it, it is hard to deny that part of its success lies in its unique and visually captivating cinematic aesthetic. This is a film sure to divide opinion and, consequently, remain firmly within horror consciousness for years to come. 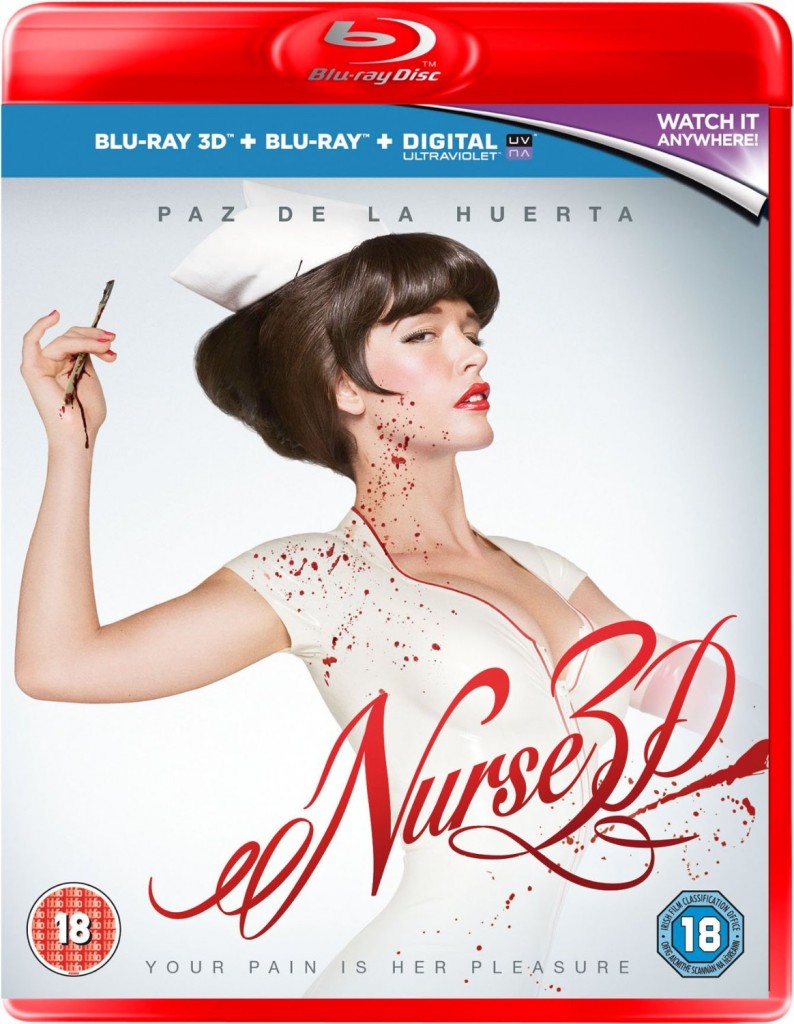