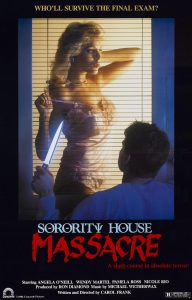 Reedus’s new bigbaldhead production banner is teaming up with Robert Schwartzman’s Utopia Originals and Shout! Studios on the project. Stephen Trask, who wrote the music and lyrics for the Tony-Award winning Broadway musical Hedwig and the Angry Inch, is also involved.

Produced by Roger Corman, the original Sorority House Massacre followed Beth, a college student who shared a strange telepathic link with the escaped psychopathic killer who was stalking her and her sorority sisters. The film spawned two sequels, both of which were released in 1990.